We cannot thank all our supporters enough for their support and innovation in raising much-needed funds for the John King Brain Tumour Foundation. 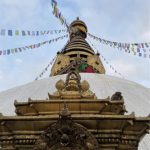 Derek and Jane are taking on the challenge of walking to Everest base camp in September 2022. The trek involves walking 120kms reaching an altitude of 5500m over 13 / 14 days in total

John King was a colleague and friend of Derek’s whose life was cut short by this illness. We both have fond memories of John both professionally and personally and want to support a wonderful man and his family. 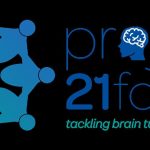 21 People are diagnosed with a brain tumour in England every day.

21: often known as the Key to Life; is our theme to create a range of fun activities – linked in any way to the number 21 – to raise vital funds and make a positive difference in the lives of many brain tumour patients – all culminating on the 21st June annually.

Richard Sullivan, the inspiration behind Project21ForLife, was discharged from St Georges on 21-12-21 following treatment for his recently diagnosed brain tumour. Grateful for the outstanding treatment provided by the surgeons at St George’s Hospital, Tooting, and the ongoing excellent care at the Royal Marsden – and mindful that less than 3% of cancer research funding annually is allocated to brain tumour cancers – Richard is determined to make a difference. 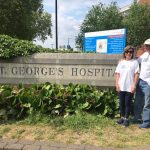 We’re raising £2,100 for project21forlife, an initiative set up by Richard Sullivan to raise funds for the John King Brain Tumour Foundation and the Neuro-Oncology Department at the Royal Marsden Hospital, Sutton.

We will be walking 21 kilometres from my home in Surrey to St Georges Hospital in Tooting. I shall be accompanied by my darling daughters, K-J and Lily, my fabulous friend, Karen Handford, and many wonderful supporters.

Together we can tackle brain tumours. 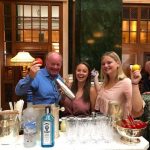 This super event has taken place but donations are still welcome.

My dad, the inspiration behind project21forlife, was discharged from St Georges on 21-12-21 following treatment for his recently diagnosed brain tumour. Grateful for the outstanding treatment provided by the surgeons at St George’s Hospital, Tooting, and the ongoing excellent care at the Royal Marsden – and mindful that less than 3% of cancer research funding annually is allocated to brain tumour cancers – Richard is determined to make a difference all whilst undergoing radiotherapy and chemotherapy.

As ever, my dad is an inspiration and determined to turn life’s bad luck into something meaningful and important during these difficult times. 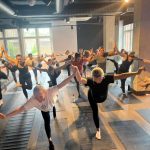 Richard Sullivan was diagnosed with a malignant brain tumour on December 21. He now wishes to dedicate his time and energy to creating Project 21 for Life whilst undergoing chemo and radiotherapy.

On Sunday 29th May, we organised a yoga event to raise money for the John King Brain Tumour foundation through Project 21.

Together we can make a big difference and have huge fun! 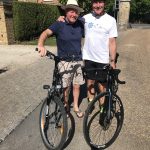 We’re Raising £2,100 for www.project21forlife.com an initiative set up by our great family friend Richard Sullivan who has recently been diagnosed with a brain tumour. 21 is a number that has regularly featured significantly in Richard’s life but no more so than when he was discharged from the hospital on 21-12-21 having started his treatment. Funds raised will be donated to the John King Brain Tumour Foundation, the Atkinson Memorial Wing of St George’s Hospital and the Royal Marsden Neuro-Oncology Unit.

In May I will be cycling 21 miles a day for 21 days around the Surrey roads and towns that Richard knows and loves.

I have never known such a positive person and Richard’s vision to set up www.project21forlife.com is a testament to his optimism and selfless support for others.

It’s now my time to support Richard and all those with this cruel condition so please do give generously to the cause. 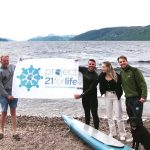 Conner Kelly – Connor’s One Man and His Board- Loch Ness

To support the Project21Forlife initiative, Conner will be attempting to prone board the length of Loch Ness from Fort Augustus to Lochend.

Prone boarding involves using your arms to propel yourself through the water on your knees or stomach.

The challenge took place on 21st June and was completed by Connor and backed up by his twin brother Jamie who was in attendance, for safety reasons, in a small motorboat. Connor set off in reasonably calm waters at 4.30 am and completed the 21-mile journey on his paddleboard 8 hours later. He paddled along using his arms only.

Connor spent several weeks training on the River Thames near his home in East Molesey.

His target was to raise £2100 for project21forlife. To date, he has raised £2282 with donations still coming in.