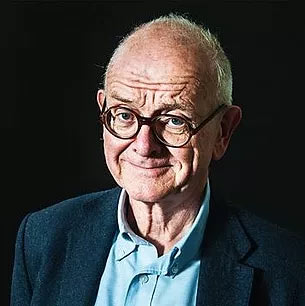 Henry Marsh CBE
Henry Marsh read Politics, Philosophy and Economics at Oxford University before studying medicine at the Royal Free Hospital in London, graduating in 1979. He became a Fellow of the Royal College of Surgeons in 1984 and was appointed Consultant Neurosurgeon at Atkinson Morley’s/St. George’s, London in 1987 where he worked for thirty years before retiring from full-time work in the NHS in 2015.

Henry pioneered brain surgery under local anaesthetic, allowing patients to converse with their surgeons whilst they operate, minimising the risk of damaging ‘eloquent’ parts of the brain.

He has lectured widely on the subject of hospital architecture and design, keeps bees and makes furniture in his spare time.